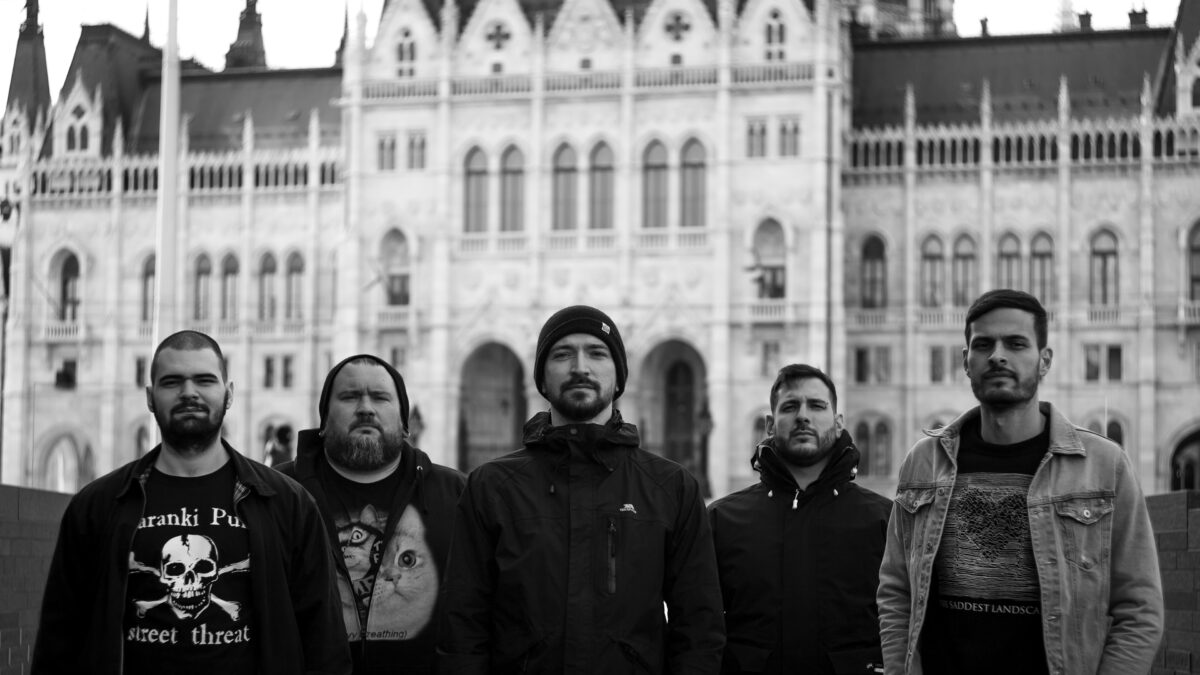 With members of Anchorless Bodies, Hypocreet’s Breed and Satelles, VLKN is a new band called to life by social sensitivity and the bonds of friendship that determines the focused yet explicit way how VLKN defines its own tone. The members had a common history to share: guitarist Ball (also known for his presence in local nu-metal icon Insane) played together with drummer Kristóf (known for his activism as the member of melodic hardcore-punk band Satelles) in Subliminal Merger, and they wanted to write songs together again.
With Márton, the vocalist of Anchorless Bodies, Szabolcs the bassist, their long-time friend and Attila, the guitarist player who organizes DIY tours in the Central-Eastern region for disruptive punk bands as Hanoi or Mass Reaction, VLKN came to life, and Ruination is their remarkable debut.
With eight songs with the average playtime of two minutes each VLKN defined their sound through the social sensitivity and drum-driven passion of crust punk, the low-tuned yet threatening guitar themes of 00s deathcore and nu-metal (f. e. The Acaia Strain) while the essence of the sound is coming from a natural punk attitude that overrules any genre.
The lyrics are based on inequality, social injustice and tyrant regimes in the Central-Eastern region, and Ruination is a great example when motivated musicians are using their voice to raise awareness about the self-destructive manner we live our every-day lives.